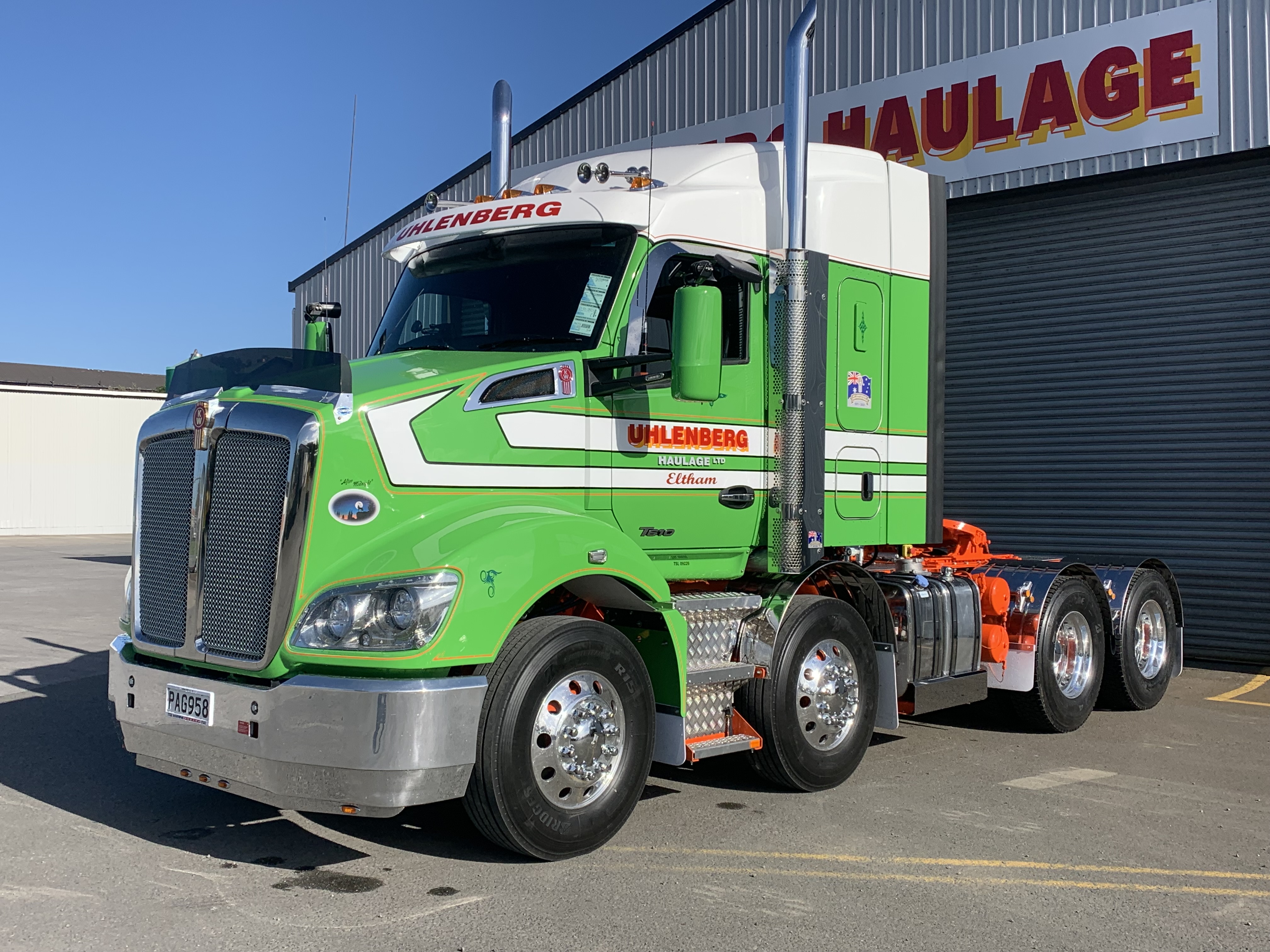 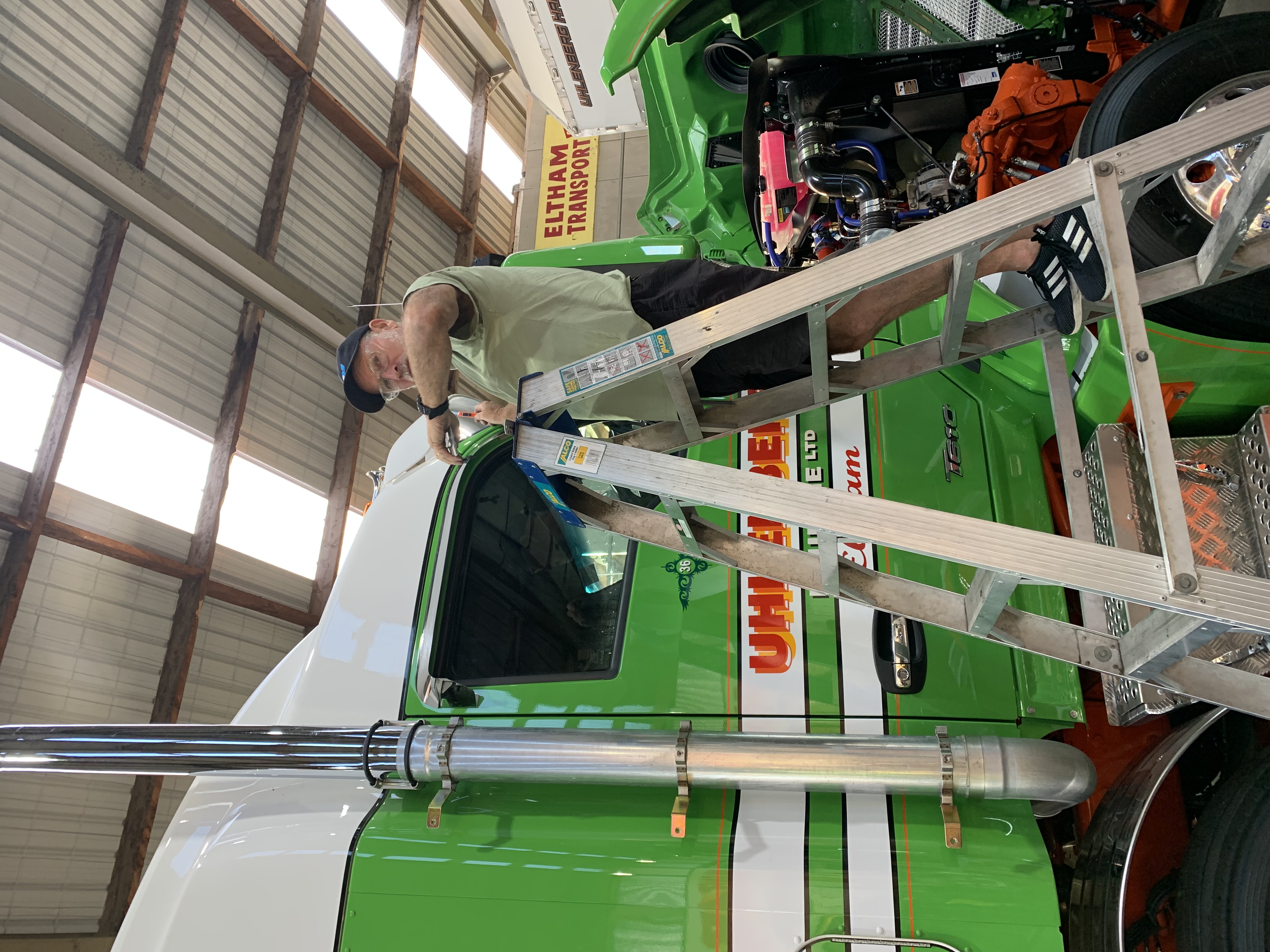 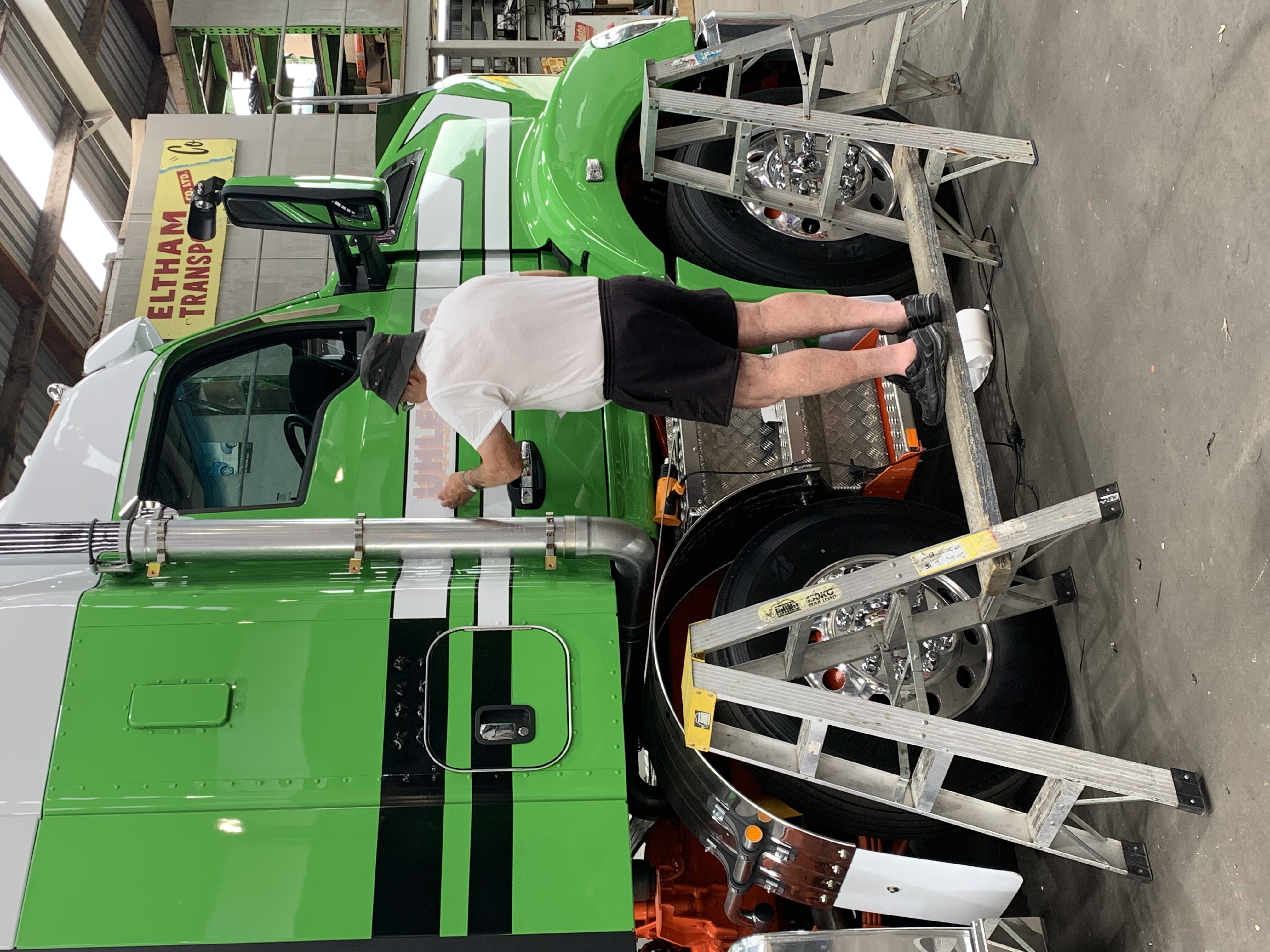 As fleet #36, a new Kenworth T610 nears completion and is almost ready to go on the road, we take the time to recognise two of our special suppliers, Wayne O’Keefe and Terry Sullivan. These guys began sign writing trucks for Uhlenberg Haulage back in 1979, and have sign written 149 vehicles for us since that time. Terry and Wayne have been threatening to park up their ladders for a while now, but every time they have mentioned retiring, we just reply by saying "just one more truck please guys"! They were adamant that this was the last one, however by the time they had applied the last of the decals on "After Midnight", Tony had them convinced that they had better throw some signs on a recently purchased second hand Kenworth which is at the painters getting the green treatment, so just one more will make it 150. We honour the fantastic relationship that two generations of Uhlenberg’s have enjoyed with these guys, and reckon that 43 years of service deserves a round of applause. Thanks guys, we salute your service and will remember the fun times and quality workmanship that we have enjoyed. 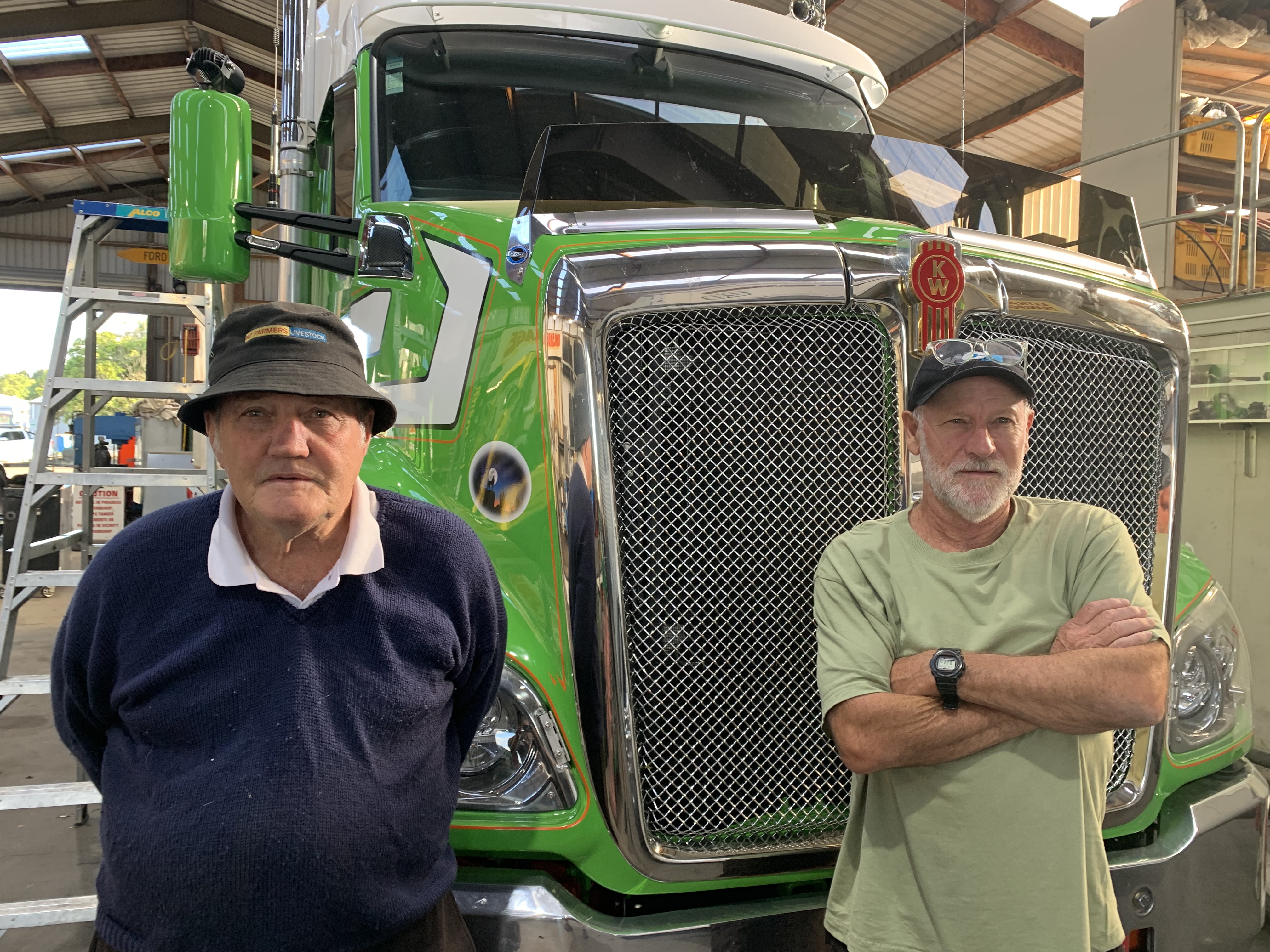